When we poison our neighbor Co-interview with Edisher Khorava 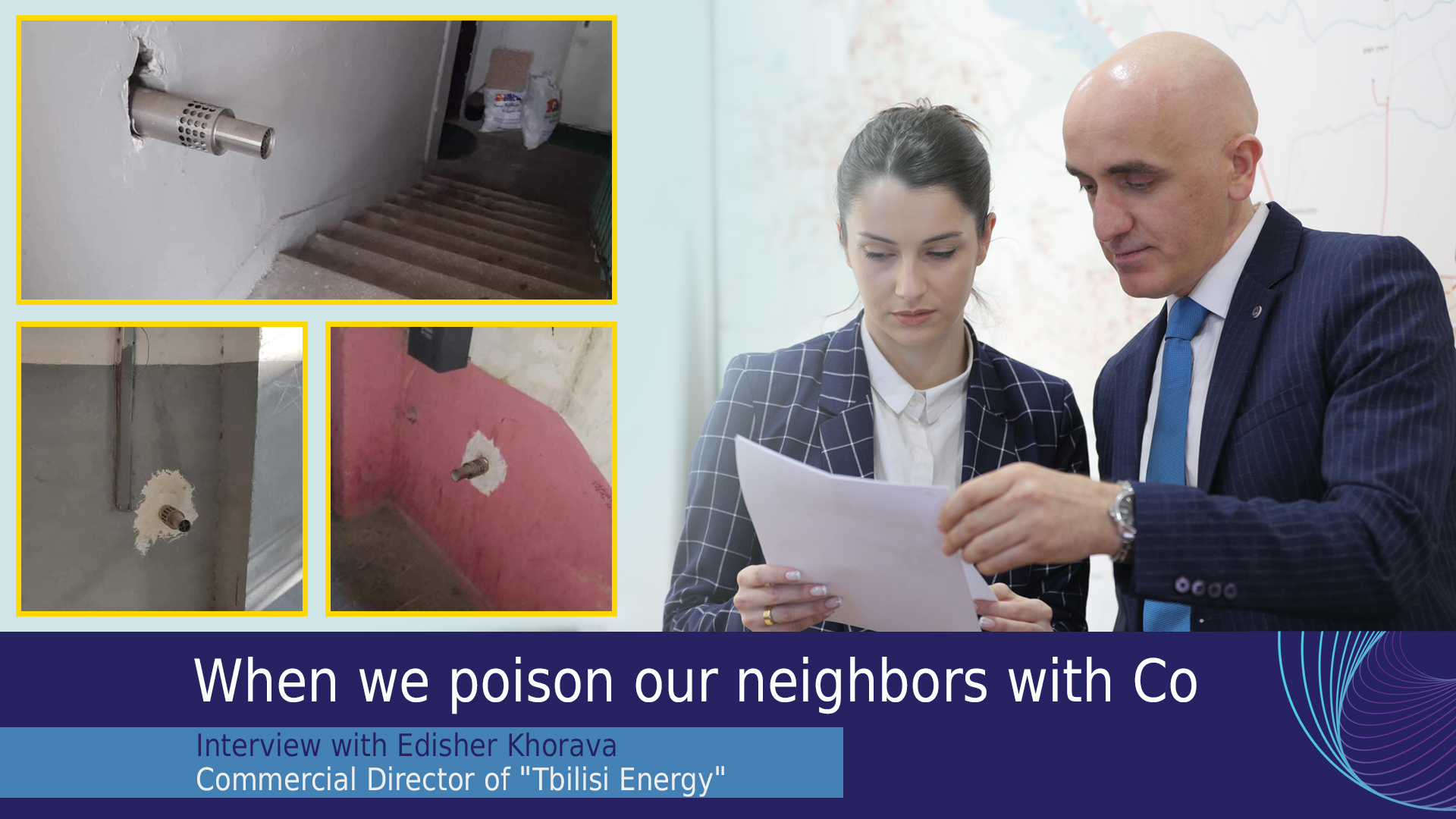 There have been several cases of CO poisoning and death as a result of improper gas consumption in Tbilisi over the past two weeks.

In one case, a faulty gas pipeline caused an explosion, which unfortunately ended in casualties - one person was killed.

When we break the rules of safe gas consumption, we endanger not only the lives of our own family members, but also the lives of other people.

Recently, pipes for water heaters and gas heaters installed in entrances have multiplied. We want to talk about this dangerous topic with Edisher Khorava, one of the directors of "Tbilisi Energy".

-How dangerous is it for human health and life?

-This is a serious violation of the rules of safe consumption of gas. Smoke is released from the smoke pipes installed in the entrances. Obviously any similar type of installation is illegal, posing a threat to neighbors. At this time the risks of intoxication increase significantly and there is a high chance of getting disastrous results. Neighbors should call the Tbilisi Energy Hotline and report a similar incident.

Unbelievable but during the inspection we also came across a water heater installed in a residential apartment without a pipe. We have seen a similar case.

I can recall one case that was reported in Ponichala about 2 years ago. We were called to the address where CO intoxication was likely. Arriving on the spot, our group came across an open combustion chamber water heater installed in the kitchen, which was without a vent pipe so the flue of gases were blown directly into the room. After interviewing customers, it turned out that residents deliberately removed the pipe to use flue gases to heat the room.

How to deal with customers during a pandemic. What has the corona virus changed in the specifics of the work?

At the outbreak of the pandemic, the company followed the recommendations of the World Health Organization, the National Center for Disease Control and Public Health, and took all necessary measures to ensure the safety of both consumers and employees. For this purpose, the visits of the company's representatives to the subscribers are limited as much as possible and this happens only in emergencies. Employees who have an emergency visit with customers are equipped with appropriate protective equipment. At the same time, the company offered modern services to customers using modern technologies, which allow citizens to receive almost all services in the company without leaving home. In addition, special groups equipped with high-security outfits have been set up to serve customers who are self-isolated or represent infected patients.

During the pandemic, the company introduced modern systems, as well as a smart meter project that the company has been implementing for two years.

First of all, we must say that Tbilisi Energy is focused on transparent and efficient management of processes using modern technologies. At present, the counting process from the meters is carried out by means of special tablet computers, from where the information is provided to the billing database in real time, and then the users are automatically informed. The system is functioning quite efficiently and the company continues to work on its further refinement and development. Also, we have started working on the so-called In the direction of introducing "smart" meters. For this purpose, several residential buildings in the capital have already installed meters of this type, which allow you to remotely receive various data, including meter readings and its automatic processing. It should be noted that this modern system makes it comfortable and efficient for both users and the company. Accordingly, we are going to continue active work in this regard.