When other people die due to your carelessness - Interview with Giorgi Lefsveridze. 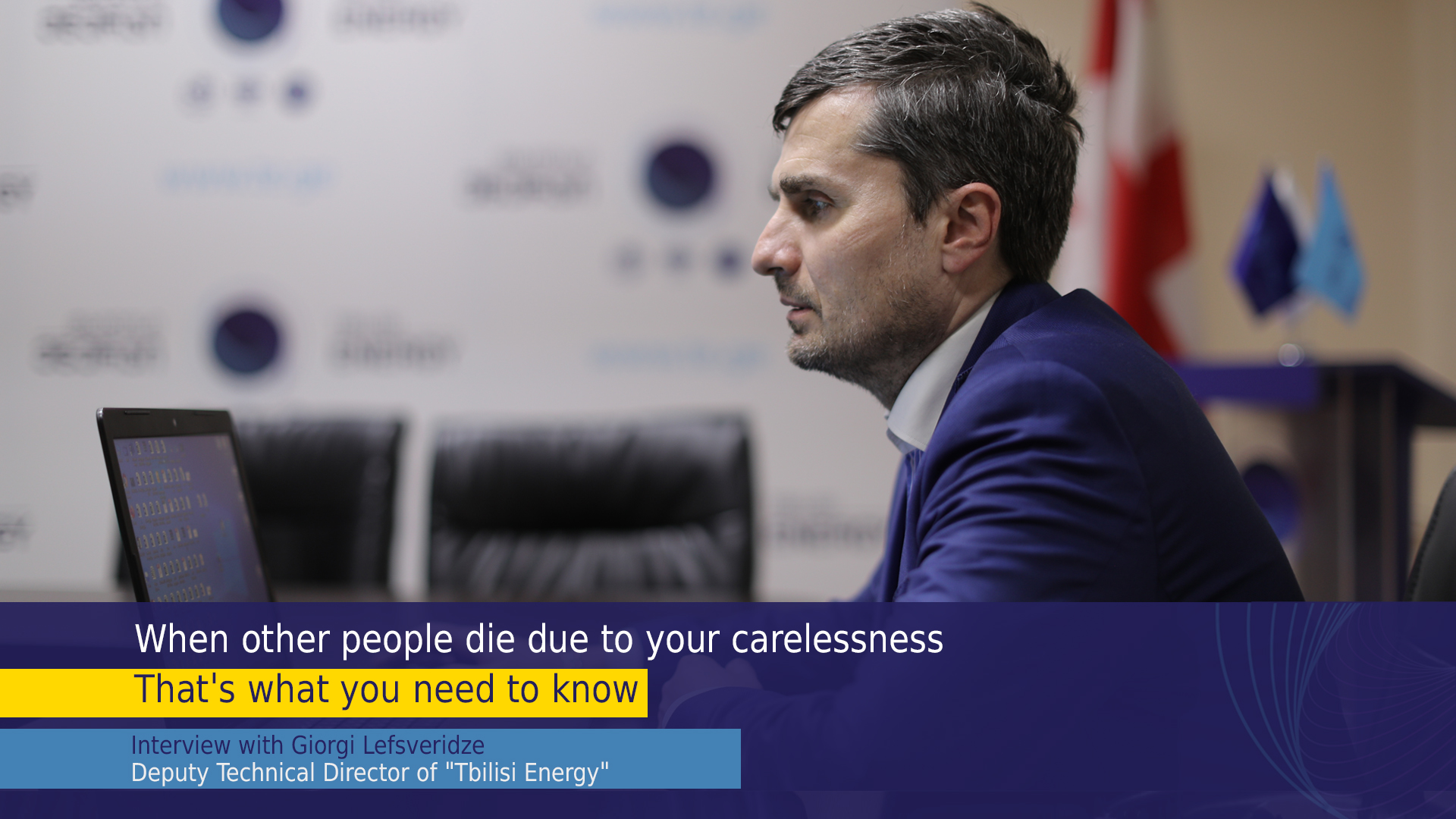 That's what you need to know

A few days ago, a cleaner in one of the apartments in Vake turned on the stove faucets and left the house. The smell of gas in the lobby was felt by the residents  of the building and they called 114. Arriving on the spot, the Tbilisi Energy Rapid Response Team found the open gas stove faucets and saved the building from explosion. Several dozen families live in the building.

In one of the buildings in Digomi, the craftsmen unplugged the gas stove during the repair and did not turn off the central faucet. Gas began to leak from pipes left open, which first accumulated in the apartment and then in high concentrations in the entrance hall. The boys of 114 saved  lives of about 70 families.

Tbilisi Energy says that such stories are frequent day and night. If we misuse natural gas and do not follow safety rules, we will kill ourselves and others. Between 2015 and 2020, 150 people died in the capital alone as a result of misuse of natural gas installations.

The company serves the security of 500,000 customers throughout Tbilisi and provides uninterrupted gas supply. However, we must first think about our own safety - follow the rules of safe gas consumption and do not use open chamber gas appliances. We met with the technical director of the company, Giorgi Lefsveridze, to talk about natural gas safety.

I would like to say that the population is mostly misinformed about the causes of accidents! You are familiar with the statistics and I want to tell you that most of these cases are caused by intoxication. But here gas itself is not to blame for anything. The fact is that the accidents are mainly caused by improper operation of gas appliances. As a result, the room collects sparkling gas CO - colorless, odorless and strongly irritating. In fact CO is a killer. Silent killer. We often make the mistake of saying that we have run out of gas or have run out of gas. This is wrong. Are poisoned with CO and die of CO.

In what case does this deadly gas CO accumulate in the room?

I have already mentioned that the main reason for CO accumulation is improper operation of gas appliances. Particularly dangerous - to put it bluntly, there are deadly so-called open combustion chambers. Such installations receive oxygen from living or working areas. Instead, it collects CO in space, which kills people. Take care of yourself and the lives of the people around you. Be aware - indoor installation of such equipment is strictly prohibited.

Apart from cases of intoxication and CO, how frequent are outbreaks and in this case what is the cause?

Explosions are small. But all this at the because of our staff, and their rapid response service. In these cases, too, the main cause is again improper operation, arbitrarily pulled pipes or carelessly left open stoves and other gas appliances. Even gas accumulated indoors is very dangerous. To be more precise - if the gas concentration in the closed space is up to 5-15% it causes a strong explosion. Up to 15-60% ignition. Gas accumulated above 60% does not ignite or explode. In fact, gas becomes dangerous only when it mixes with air and oxygen.

It is because of these hazards that we all recommend that a gas leak detector and an electric pulse faucet be installed indoors (apartment / commercial space).

During a natural gas leak, the detector transmits an electrical impulse to the faucet, resulting in an immediate interruption of the gas supply to the enclosed space.

You mentioned that in most cases accidents are the result of improper operation of equipment. Who is responsible for this? Does the company have any leverage?

We are obliged to check whether the gas pipeline is technically correct. Give a note, give a reasonable time to correct minor deficiencies or stop the gas supply if you are dealing with a serious violation. Unfortunately, often a part of the subscribers, despite the danger, arbitrarily restores the gas supply, which has many times become the cause of accidents. There is only one solution - we must take responsibility for not only our own health but also the health and lives of other people.

necessary! Every year, allow a specialist of "Tbilisi Energy" Ltd in your area and check the technical condition of the gas network and equipment

necessary! In case of renting your own space, the gas network and equipment should be inspected by a specialist of "Tbilisi Energy" Ltd.

necessary! Shut off the gas taps in the house when leaving the house

Strictly forbidden! Installation of gas and gas appliances in basements

Strictly forbidden and can not be! Installation of gas installations in the bathroom

unacceptable! Connecting the exhaust pipe of the heater or water heater to the flue or ventilation ducts

unacceptable! Installation of water heater or heater flue in the entrance hall (stairwell)

It is inadmissible and dangerous for life! Installing a type of water heater or heater that does not have a smoke pipe!

necessary! If you smell gas, open the window, close the gas taps, leave the area and call the emergency hotline of Tbilisi Energy 114

Strictly forbidden! Use of all types of non-standard (homemade) gas appliances and burners.